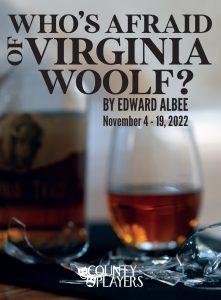 – This production contains adult subject matter and profanity throughout –